The second major update for Huawei’s Harmony OS is here and the company has detailed which devices will be getting it. For now, there are only two watches and two tablets that will come with it pre-installed, but Huawei plans to release the OS update to nearly 100 Android devices.

Around 100 Huawei devices including tablets and phones will switch from Android to Harmony OS 2.0. It is a massive migration that will happen in China first, so users outside of the country will have to wait. Huawei has not mentioned when the OS update will roll out to the international market.

Doing a China-only rollout first simplifies switching over from Android to Harmony OS as these devices never had Google services in the first place.

The first batch of Huawei devices that will get the Harmony OS 2.0 update in China include the Mate 40 series, the P40 series, the Mate 30 lineup, the MatePad Pros, and the foldable Mate Xs.

Next, the update will release for the Nova 6, 7, and 8 lineups, the Mate 20 family, and the older MatePad devices. This batch will get the update in Q3 in China.

You can check out the detailed rollout plan in the image below. 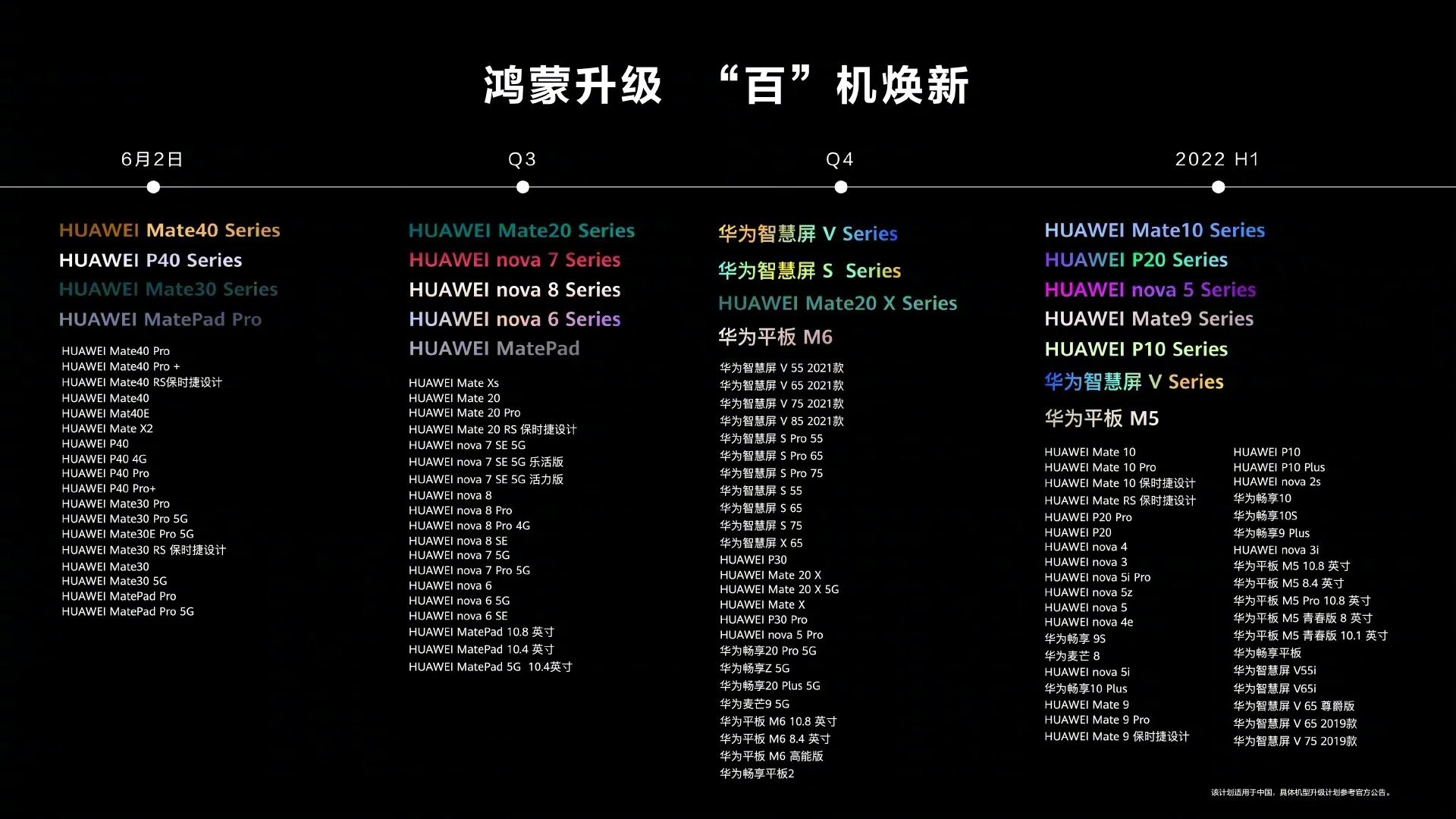 Microsoft is Ending Windows 10 Support in 2025

These 35 Honor Devices Will Get the New Harmony OS

Lenovo Had its Best Financial Year in a Decade Earning $60...