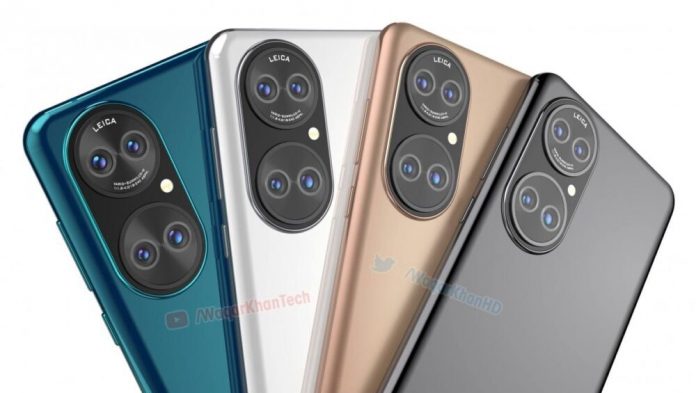 Huawei plans to unveil a number of new devices at its Harmony OS launch event next week. We are expecting to see the Huawei Watch 3, the new M Pencil, the MatePad 2 Pro, and the latest teaser suggests that we may even see the Huawei P50 series.

The Chinese brand has shared a new invite that shows two circular camera bumps at an angle, similar to the ones we saw on renders and hands-on images for the Huawei P50. This camera setup is expected to include an impressive Sony IMX800 1” sensor, but the delays caused by the US ban have resulted in Huawei losing some of its thunder.

Due to these delays, Sharp has already announced a phone with a massive 1-inch camera sensor, making it the biggest camera in the world. That camera was also co-developed with Leica, Huawei’s long-standing partner for its cameras.

Just before the Sharp Aquos R6 was announced, there was a new rumor suggesting that Leica is looking for a new partner, though there are no details just yet.

Coming back to the Huawei P50, it is unclear whether these phones will be used as a platform to show off Harmony OS, or whether we will see an actual flagship launch. Stay tuned for more.

Leica Launches Its Own Phone With the Biggest Smartphone Camera Ever

Motorola Defy Launched With A Drop-Proof and Water-Resistant Body

Grab Extends Its Ride Hailing Service to Pakistan & 13 Other Countries