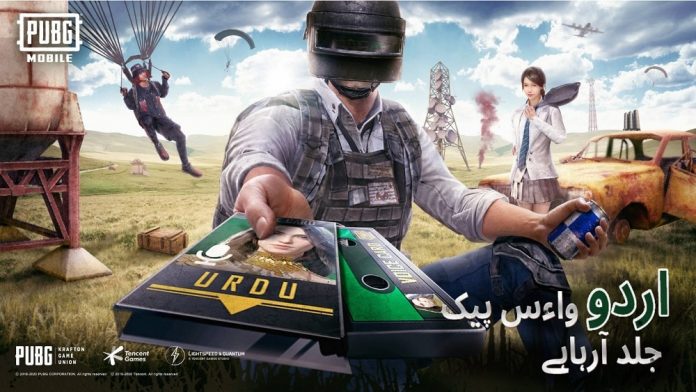 PUBG Mobile has announced to soon introduce Urdu voice packs in the game.

According to details, PUBG Mobile has decided to integrate Urdu voice packs in recognition of the PUBG gaming community in Pakistan.

PUBG has a massive fan following in Pakistan. While most of the users are amateur players, some take part in competitions as professionals and others invest heavily in the game such as acquiring Royale Pass cards.

In July, PUBG Mobile also launched a dedicated discord server for Pakistan to unite the local players who were scattered across different platforms such as Facebook groups, Twitter pages, and other social networking sites.

On 1 July, Pakistan Telecommunication Authority (PTA) had decided to suspend PUBG in the country after receiving numerous complaints from different segments of society.

However, Islamabad High Court, on 24 July, announced to lift the ban on the PUBG game.

Ayesha Farooq - June 10, 2020 0
Twitter’s account verification system has been involved in controversy multiple times after several white supremacists were wrongly verified through the original system. This is...

Personal Information of 115 Million Pakistani Mobile Users Up For Sale...

Amazon is the Most Valuable Brand of 2020 Beating Google, Apple...

This One of a Kind Camera Captures 70 Trillion Images Per...

Jazz Supports Access to Remote Learning through “Jazz Parho” During the...