Alongside the launch of Mi TV 5 Pro, Xiaomi has also revealed its first-ever smartwatch at the Beijing based launch event. The Mi Watch looks strikingly similar to the Apple Watch and is loaded with a variety of features. Xiaomi is marketing it as a “small smartphone for your wrist”. 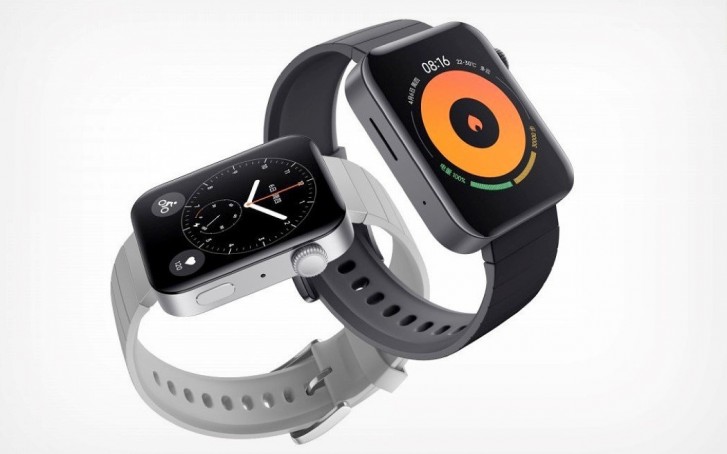 Its square-shaped dial has a 1.78-inch AMOLED display equipped with the always-on feature. The left side has a speaker and a microphone, while the right side holds a button and a rotator for operating the interface. The watch has support for NFC, Bluetooth, and eSIM which helps it operate as a standalone phone.

The Mi Watch boots Google’s Wear OS with Xiaomi’s MIUI skin on top of it, making it the first smartwatch to feature a customized Google OS. It is preloaded with more than 40 apps and has an app store as well. Its fitness tracking features include sleep and heartrate monitoring, and tracks activities such as swimming and running.

It also features the biggest battery ever loaded into a smartwatch rated at 570 mAh. It is able to last more than 36 hours with mobile data running in the background. It is powered by the Snapdragon 3100 SoC and the memory configuration is 1GB/8GB.

It will go on sale in China on November 11 for $185 only. There is also a premium version with stainless steel straps and a sapphire crystal screen. It costs $285 and will go for sale sometime before 2020.

There is no word on international availability yet.

Ayesha Farooq - January 15, 2020 0
According to a recent report, Huawei is planning to unveil its 2nd gen folding smartphone, dubbed the Huawei Mate Xs at the MWC 2020. The...

KP Launches an Application to Help Students Prepare for Exams

BOE Showcases a Sliding Display at the ICDT Conference

Redmi All Set to Launch a Smartwatch