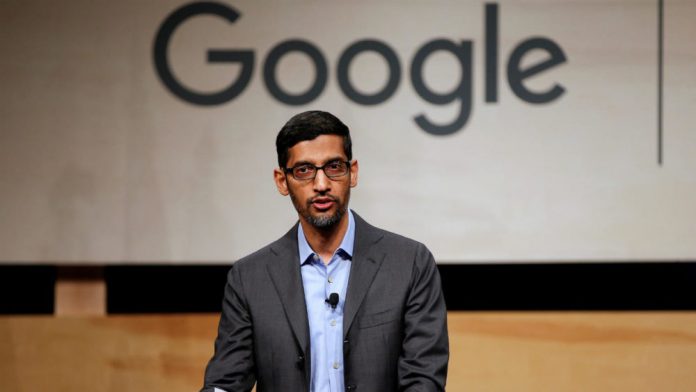 Google’s co-founders Larry Page and Sergey Brin have decided to give up the control of Alphabet, the parent company of Google created through a corporate restructuring of Google on October 2, 2015, to Google CEO Sundar Pichai.

In 2015, Google went through a massive restructuring where Sundar Pichai was instituted as the CEO and the co-founders Larry Page and Sergey Brin held control of the parent company Alphabet. As the CEO and President of Alphabet, both the gentlemen were supposed to oversee Google as well as affiliated companies and projects including life-extension project Calico and a drone delivery venture called Wing.

However, just recently the duo, via a letter announced that they will be relinquishing the control of the Company to Google’s CEO Sundar Pichai. Both, Larry and Sergey, will stay as the board members and will remain employees of the Company but will no longer oversee and control the working and expansion of the firm.

In the letter, Page and Brin wrote:

With Alphabet now well-established, and Google and the Other Bets operating effectively as independent companies, it’s the natural time to simplify our management structure. We’ve never been ones to hold on to management roles when we think there’s a better way to run the company. And Alphabet and Google no longer need two CEOs and a President.

Going forward, Sundar will be the CEO of both Google and Alphabet. He will be the executive responsible and accountable for leading Google, and managing Alphabet’s investment in our portfolio of Other Bets. We are deeply committed to Google and Alphabet for the long term and will remain actively involved as Board members, shareholders, and co-founders. In addition, we plan to continue talking with Sundar regularly, especially on topics we’re passionate about.

However, this got people wondering what the two will do with their time and money? What will be the nature of their involvement in the Company’s operations other than occasional conversation with the CEO? And whether they will have an influence on the way Alphabet’s and Google’s lawsuits are handled?

Both Page and Brin, have a combined net worth of more than $100 billion after factoring in stock from Alphabet. But their future plans are still under wraps since neither of them has hinted towards charity or philanthropy either.

The pro-Larry and Sergey argument here is that while we think of them at first blush as "veterans" of the tech wars, they're still pretty young.

At age 46, they've still got decades to figure out what to do with their fortunes.

Neither of them have signed The Giving Pledge.

This news does come as a shock but is not something completely unexpected. Since the very start, Page and Brin have tried to stay away from the limelight. They have hardly made any public appearances and have almost never been a part of Google’s annual I/O developer conference. Both started moving away from the spotlight after the establishment of Alphabet in 2015 since that was when they gave Pichai the reins.

Pichai, on the other hand, has put in a lot of effort to grow on Google. After the relinquishment, Pichai sent an email to its employees, that was published alongside the Co-founders’ letter. The email said:

I want to be clear that this transition won’t affect the Alphabet structure or the work we do today. I will continue to be very focused on Google and the deep work we’re doing to push the boundaries of computing and build a more helpful Google for everyone. At the same time, I’m excited about Alphabet and its long-term focus on tackling big challenges through technology.

He oversaw the launch of the Pixel brand and Google’s other hardware efforts as well as Google’s investments in artificial intelligence and cloud computing. This and the creation of Alphabet led to a massive increase in the Company’s sales and doubling of stock prices.

We are deeply humbled to have seen a small research project develop into a source of knowledge and empowerment for billions — a bet we made as two Stanford students that led to a multitude of other technology bets. We could not have imagined, back in 1998 when we moved our servers from a dorm room to a garage, the journey that would follow.

Ayesha Farooq - January 21, 2020 0
In a highly competitive market, Tecno won the hearts of millions across the globe, the secret behind this success lies in its consumer-centric products with a...

foodpanda Provides Meals and Financial Support to the Unsung Heroes Amidst...