The Huawei Nova 8 Special Edition has been commonly seen in leaks lately with most reports talking about expected specifications and a rumored launch date. The speculation around the launch date can finally be put to rest as an official announcement has now been confirmed by Huawei itself.

The Huawei Nova 8 SE will officially break cover on November 5, 11 am. The official poster that reveals the launch date also shows off some of the device’s design. 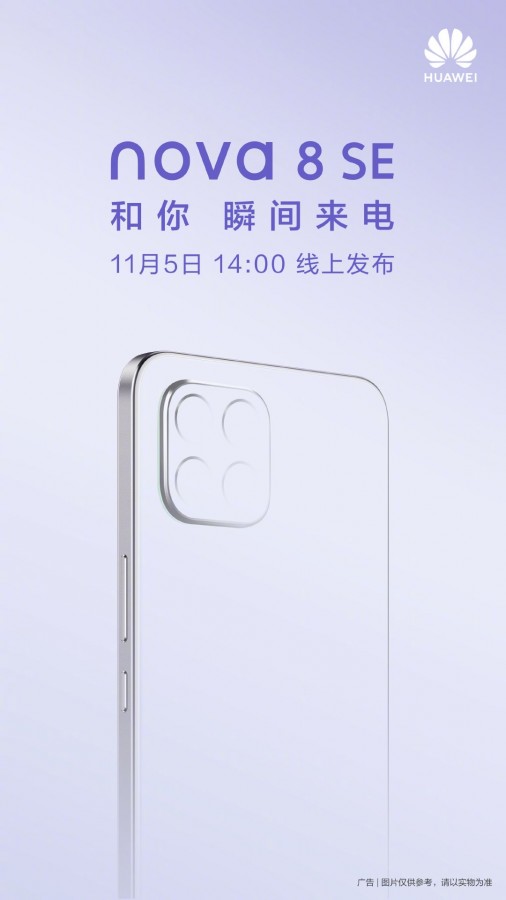 The Nova 8 SE will be quite a slim phone with a square-shaped quad-camera setup on the back. The power and volume buttons can be seen on the right side of the device.

Another poster completely reveals the design of the device as well as a few color options. It also talks about some of its specifications. 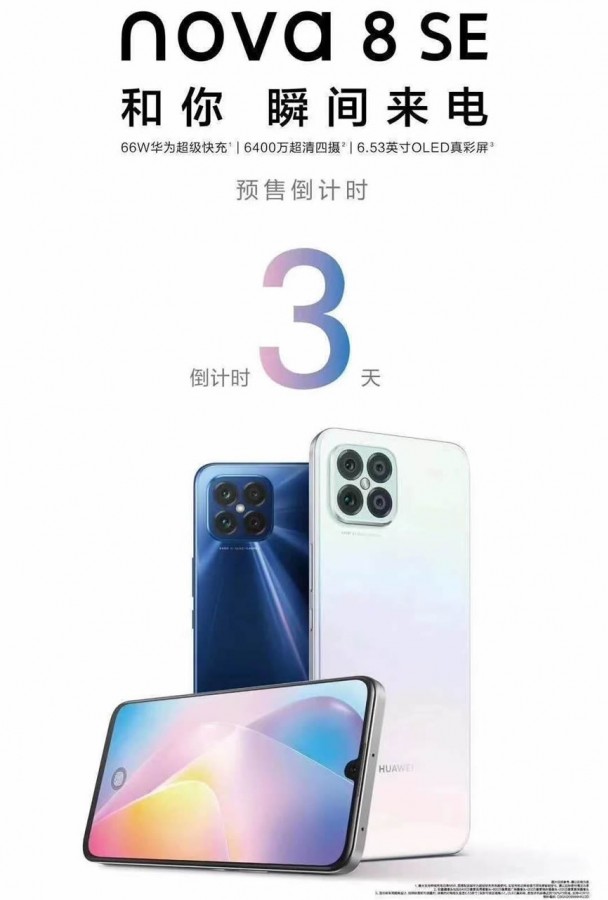 According to this poster, the upcoming Nova 8 SE will have a 6.53-inch OLED display, a 64MP camera, and 66W super-fast charging. A waterdrop notch can be seen on the display for the front camera with small surrounding bezels. The 64MP camera on the back is expected to be paired with an 8MP ultrawide and two 2MP shooters

Other rumored specifications include a 60Hz FHD+ display and two different chipset variants, namely the Dimensity 720 and Dimensity 800U. The battery capacity will be 3,800 mAh.

LG to Launch Smartphone With Rollable Display in 2021

Ayesha Farooq - July 4, 2020 0
As more and more OEMs are working on their own foldable smartphones, companies like Samsung and LG have already started working on Smartphone will...

Taxes and Regulations Are Major Hurdles For Startups in Pakistan: World...

Kashmiris Are Losing Their Whatsapp Accounts Due to Indian Blackout