It was August 2017. Lahore’s Expo Center was hardly recognizable. Transformed to look like a fancy five-star banquet hall, the venue exuded luxury of the highest sorts. Pakistan was ready for what could easily have been its biggest tech launch.

The chat app Veon was launched in a grandiose fashion. No corners were cut to make the event magnificent and nearly impossible to forget. The entire tech circle of Pakistan, including, of course, Veon’s Pakistan partner Jazz, was excited about the development. Hopes were sky-high.

Being deeply rooted in tech ourselves, we weren’t any less enthused about Veon. In fact, in an article, we even discussed the possibility of Veon replacing WhatsApp in Pakistan. And we were truly sad when the app bombed in Pakistan, especially with Jazz’s massive reach.

Fast forward one year, Jazz was already gearing to kill the app. Veon had proven to be as grand a failure as the pomp it was launched with. The plummet was so fast that Jazz hardly had any way of saving it. Looking back at Veon’s very rapid rise and fall, we can now easily see what actually went wrong.

Here are the 10 things we can learn from Veon’s Pakistan (and global) failure in Pakistan.

We’d be stating the obvious if we said that user experience is key to success for any product or service, especially if it’s related to tech. It’s astonishing how badly Veon failed on this very basic front.

Ease of use was virtually non-existent in Veon. If UI/UX students of today were to be taught the big don’ts in the field, Veon would make for a classic case study. Since this ‘chat’ app tried to do much more, the learning curve was so steep that it was common for users to get lost in the messy app interface.

Veon’s marketing activities in Pakistan were mindless, but they did earn them some short-term gains. Many of us would still remember their ‘smash hit’ partnership

with Chen One where using the Veon app, Pakistani consumers could avail free shopping of Rs. 3,000 across 48 Chen One stores in Pakistan.

Hundreds of thousands of people in Pakistan downloaded the app to get the offer. Hardly any of them returned to the app to actually use it. It was a monumental failure.

This, besides other partnerships and money-throwing offers, earned Veon a sharp spike in download numbers on app stores. Veon crossed 1 million downloads on the Google Play store in a record 19 days.

In just a matter of a week, Veon had managed to become the top free app in Pakistan on the Google Play Store, beating even WhatsApp. Veon was also ranked at the 2nd position on iOS App Store under ‘Top Free’ category.

But despite all these downloads, hardly anyone was using it. And for obvious reasons.

Ignoring the basics, Veon focused on poaching technology people from the big tech like Google and Facebook. It’s hardly any surprise that these expensive hires just bloated Veon’s bills and did little to nothing to make the app usable.

All success stories in the world are just about passion and commitment. With this very element missing, Veon, since the very beginning, was doomed. Big ad spend and ex-big tech could do nothing to save a lackluster and purpose-less ‘solution’.

Besides the lavish launch event we talked about in the beginning, Veon’s marketing was thoughtlessly outrageous. Veon had an initial global annual budget of $100 million, and $5 million for each year that followed! It would partner with telcos by luring them through a revenue share — from services that the platform offered against free data services for Veon users.

All big techs of the world address a problem and provide a solution. Veon did neither. Instead, it was obvious that the app makers were confident that the pomp and show would finally pay off and earn Veon an undeserved success. That, naturally, never happened.

6. Local dynamics matter more than anything

It doesn’t take an expert to say that no product or service can work if it takes local dynamics for granted. This is even truer for a tech product or service; a certain population or community’s access to technology, their digital literacy, and their evolving needs are all key factors to address in any product or service.

Veon clearly took all this with a pinch of salt. The messy app didn’t look like it had given any consideration to Pakistani society and its tech consumption patterns. But this is not just true for Pakistan; the snobby one-size-fits-all approach of Veon soon became a global failure with all countries and peoples rejecting it equally.

7. Competition WILL give you a tough fight

So, Veon, the messy ‘chat’ app, was free to use for all Jazz users in Pakistan. But it looks like both Veon and Jazz were totally unprepared for its quick failure, or even some kick-ass competition by other cellular competitors. 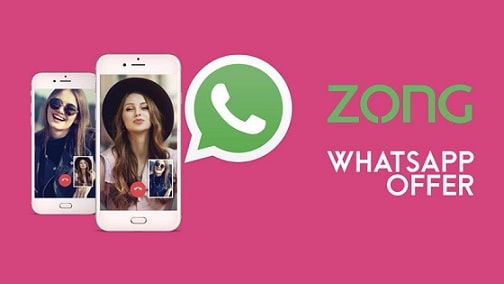 What happened soon after Veon’s launch was that Zong made WhatsApp free for its users. It wasn’t even a competition: On one hand, we had Veon, which was a joke of a chat app; on the other, we had WhatsApp, the undisputed chat leader. The move gave Veon one of the first and worst blows of its short life.

8. Mega launches and fancy dinners must match the potential

Hundreds of thousands of people were waiting for Apple’s recent September event – millions watched it. Samsung events also have their own following. And so do events by other tech giants. But people have high hopes from these events, which usually are met too.

On a domestic scale, Jazz Veon’s launch event was one of its kind too. The only difference was that the product’s potential crumbled to match that ostentation. Looking back, it only seems like a misguided and blatant waste of money.

10. There’s no shame in stepping back when it isn’t working

The one and only thing that Jazz did right in the whole Veon fiasco is kill the app after a year. ProPakistani broke the news about the imminent demise of the “toy” that Jazz had to sell, which was “neither built by it nor was it made for the market where it was to be sold.”

“It was a dead-end. Neither Jazz could withdraw from Veon — simply because of the push from its headquarters — nor could it market Veon aggressively, mainly because the product development was not in their hands.”

Netflix is Increasing Prices for All Packages

Samsung Galaxy S21 Was a Failure

Pakistan’s Oladoc Raises $1.8 Million in Series A Round

Ayesha Farooq - May 10, 2020 0
The Meizu 17 and the 17 Pro flagship Smartphones have been finally announced after a long campaign of teasers. The two phones are identical...

This Facial Recognition Search Engine Can Find Anyone on the Internet

Islamabad Gets New App That Makes Public Offices a Thing of...

Huawei Supports Ministry of IT in its Women Empowerment Initiative

Latest Personal Information of Millions of Pakistanis From All Telcos Goes...