It hasn’t been long since Qualcomm unveiled the Snapdragon 690 SoC, the first Snapdragon 600 series chipset with 5G support, meant to power budget devices. It is a successor to the Snapdragon 675 and offers a boost in performance in several areas, for instance, 20% better CPU performance and around 60% improvement in graphical capability.

OEMs are already starting to announce devices featuring the new SoC, and now, HMD Global says that it is ready to launch a new Nokia phone powered by this chipset.

Chief Product Officer at HMD Global, Juho Sarvikas, congratulated Qualcomm on the launch of the Snapdragon 690 and teased an unnamed Nokia phone that will feature the new chip. Given that it will be powered by the SD690, we can expect it to be cheaper than the Nokia 8.3 5G.

Congratulations @cristianoamon and the awesome team at @Qualcomm for the launch of #Snapdragon 690 Mobile Platform! We are excited to bring our Nokia Phones vision of a truly global, future proof 5G experience at an even more affordable price with this transformational platform! 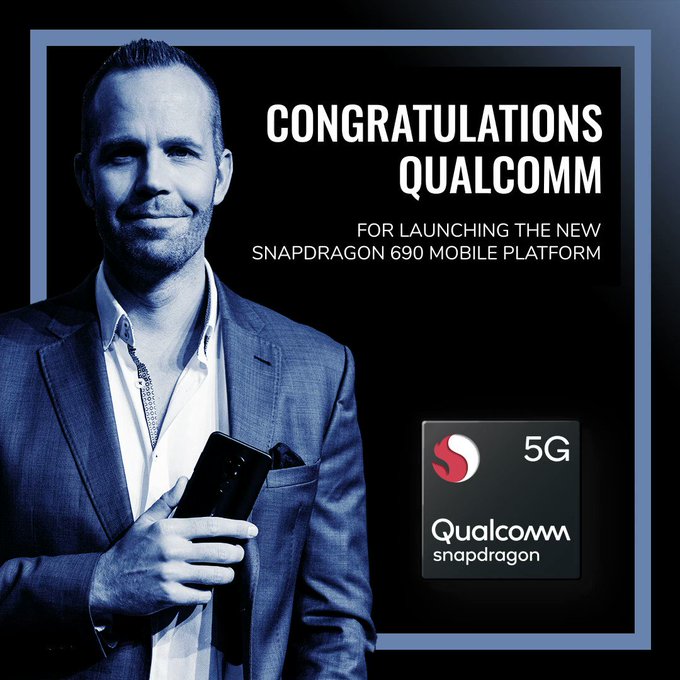 The announcement comes at a time when it’s been 3 months since the Finnish phone maker announced the Nokia 8.3 5G as the world’s first “truly global 5G” device. But the device is yet to be made available as it has not gone for sale yet.

The upcoming Nokia 6.3 and 7.3 mid-rangers could come with the new SoC as well but the company has not confirmed the names of these devices yet. The flagship Nokia 9.3, on the other hand, is expected to come with a higher-end SoC.

Can You Guess Which International Influencer Became a Pakistani?

This Anti-Bacterial Screen Protector Will Keep Your Phone Clean

OnePlus 8 Lite Shows Up in a Leaked Photo

Ufone Services Are Partly Down in Parts of Punjab and KP

WhatsApp Will Let You Move Chats to a New Phone Number...

This Machine Can Kill the Coronavirus in Just 2 Minutes