Licking your gadgets is no doubt a bad idea for various health and other hazards but the concept is actually being encouraged by a researcher from Meiji University in Japan. The scientist has created what is called a lickable “taste display” that can artificially create any flavor on the user’s tongue.

Researcher Homei Miyashita calls the device the Norimaki Synthesizer which uses 5 gels that trigger 5 different tastes when they come into contact with a human tongue. 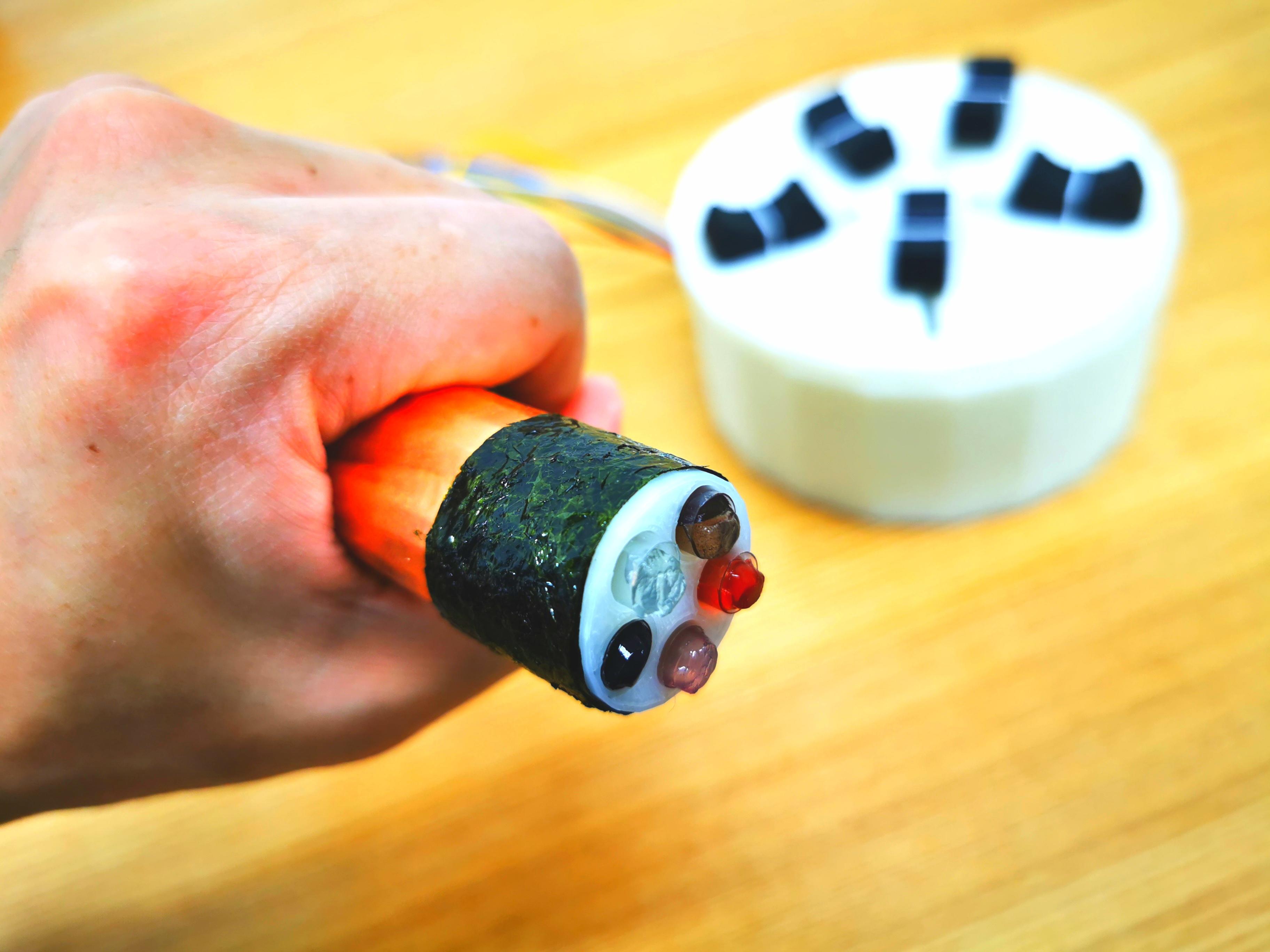 These color-coded gels are made out of agar (jelly-like substance) that are housed in long tubes and use glycine to create a sweet taste, sodium chloride for a salty taste, magnesium chloride for bitter, citric acid for acidic, and glutamic sodium for umami.

Once the copper-coated prototype device is pressed against the tongue, it creates an electric circuit through the human body that allows the molecules in the gel to move, a technique which is called electrophoresis. When these gels are pressed against the tongue, the user experiences all 5 tastes at the same time but they can be used in different combinations and intensities to create different flavors.

In testing, the researcher was able to create the taste of candies and even sushi without placing a single food item in the mouth. The prototype device is a bit bulky but it can be easily miniaturized in the future into something that can be easily carried in a pocket and used once the technology develops.

The video below shows how the technology works:

Ayesha Farooq - June 27, 2020 0
Apple’s latest ios 14 update brings a slew of new privacy features for both iPhone and iPad users. This includes revealing what services and...

Vivo Withdraws From MWC 2020 Due to Coronavirus Outbreak