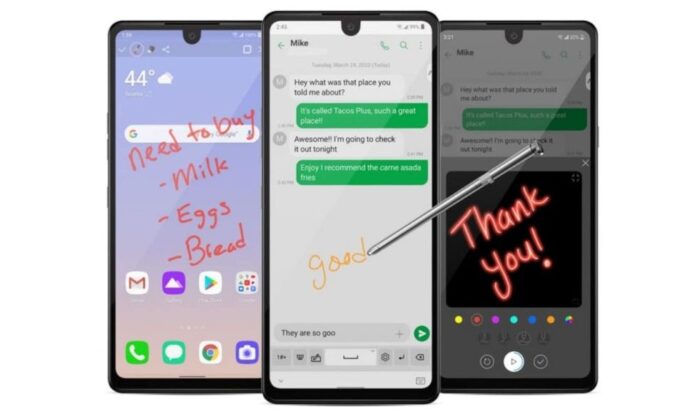 LG’s Stylo series is known for bringing the same functionality and productivity as Samsung Galaxy Note devices for cheap. The latest one to join the series, the LG Stylo 6, continues the tradition by offering a large display, a triple camera setup, fast charging, and of course, a stylus in a package that costs no more than $220.

The LG Stylo 6 has a massive 6.8-inch LCD panel with FHD+ resolution and a tall aspect ratio. It trims down the conventional bezels from the last generation through a waterdrop notch at the top for the selfie camera.

The design at the back has been refreshed as well. There is now a triple camera setup in a horizontal layout on top of a fingerprint sensor and a gradient finish on the rear panel. The stylus is tucked in the bottom edge of the phone for quick notes, screenshots, and more.

The device is powered by the modest Helio P35 SoC that comes with a 2.3GHz octa-core processor, 3GB RAM, and 64GB storage that is expandable through a microSD card. There is no word on variants with more memory yet.

It boots Android 10 out of the box with the latest version of LG’s custom UX skin on top.

The primary camera setup includes a 13MP main sensor joined by a 5MP ultrawide lens and an additional 5MP unit for portrait shots. The front-facing camera housed inside the waterdrop notch is also a 13MP shooter. All cameras on the phone are capable of recording 1080p videos at 30 FPS.

The 4,000 mAh battery can be charged quickly thanks to the 18W fast charging support through the USB C port. It should be able to charge the device from 0 to 100% in around 90 minutes.

As mentioned before, the LG Stylo 6 will be available for only $220 once it goes for sale later this month.

Ayesha Farooq - January 14, 2020 0
The next Galaxy Fold, now known as the Galaxy Z Flip, is arriving next month alongside the Galaxy S20 series. A set of live...

Telenor is Offering VSS to Over 100 Employees Today

Xiaomi Unveils New Telephoto Lens That Will Put An End to...

This Is How Countries Are Managing Surge In Internet Traffic Amid...

Redmi to Launch the K30 and a Smart Speaker Next Month