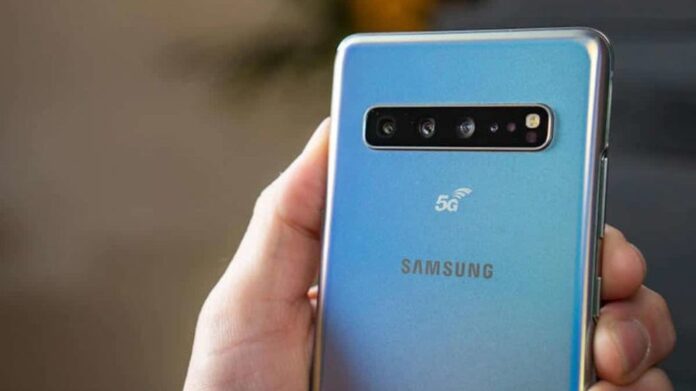 As the year 2020 unfolds, 5G smartphones are starting to become a lot more common in both flagships and mid-rangers. Therefore, there has been as been a surge in the 5G smartphone market and Samsung has reportedly lead the charge in Q1.

According to the latest report from Strategy Analytics, the global market for 5G phones grew to 24.1 million devices in Q1 2020, which is significantly higher than the entirety of 2019 (18.7 million). Despite the ongoing pandemic, demand for 5G phones was the strongest in China and it is on the rise in South Korea, Europe, and the US as well. 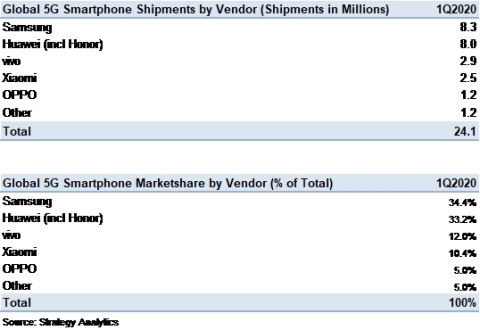 Samsung held the crown with the most 5G smartphones shipped in Q1 2020 and Huawei was close behind. The Korean phone maker shipped 8.3 million 5G handsets in the quarter and its Chinese rival Huawei was right at its heels with 8 million shipments. Vivo managed to be amongst the top 3 but was significantly behind Samsung and Huawei.

Xiaomi and Oppo secured a spot in the top 5 with Xiaomi close behind Vivo but Oppo only shipping 1.2 million devices. Xiaomi grabbed 10.4% of the 5G smartphone market share whereas Oppo secured 5% of it. Samsung and Huawei, on the other hand, had more than 30% each.

Executive director at Strategy Analytics, Neil Mawston, highlighted the Chinese market at the end of the report saying:

Chinese smartphone vendors captured 61 percent of top 5 vendor 5G smartphone shipment volumes in Q1 2020, with the majority of those volumes going to the Chinese market. This reflects the speed with which Chinese operators have rolled out 5G networks, as well as the underlying demand for 5G smartphones, despite the Covid-19 pandemic that shut down large parts of China.

Going forward, he expects the roll-out and demand for 5G devices to rise dramatically in China especially once the pandemic settles down.

foodpanda Continues To Protect Its Heroes With A Comprehensive Plan In...

Ayesha Farooq - June 20, 2020 0
A CCTV footage showing a foodpanda rider getting mugged in Karachi has become viral on social media platforms. Muhammad Noman was on his daily...

Samsung Can Make a Triple Folding Phone, But There’s a Catch