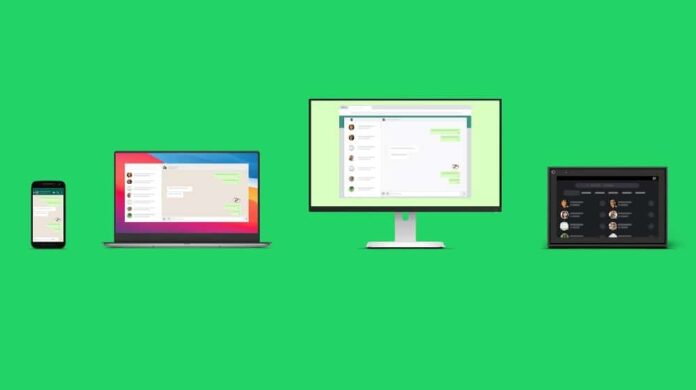 WhatsApp is rolling out its multi-device feature for Android and iOS as well as Message Reactions. The feature was previously in the beta testing phase but is expected to be available for iOS devices this month, shortly followed by the Android release.

Popular resource on news regarding WhatsApp, WABetainfo, confirmed the update. The feature would get rid of the online connectivity compulsion required for using the platform on various devices.

The upgrade will allow 4 linked devices and 1 phone at the same time and will disconnect the devices if the phone has been inactive for more than two weeks.

WhatsApp clarified that the feature for viewing live location, creating and viewing broadcast lists will not be possible on paired devices. Moreover, iPhone users can not delete or clear messages on linked devices.

The social messaging platform is also rolling out the Message reaction feature for Android users on the beta channel. The feature will work as it does on most other platforms.

Users can long-press on a message to bring up the additional floating menu above the message, then choose from six emoji-based reactions provided to react to the message, which includes thumbs up, love, laughter, surprise, tears, and gratitude.

Huawei: 5.5G is a key milestone on the path to an intelligent world

vivo Topped China’s Smartphone Market in Q2 2022, According to a Counterpoint Report

This Independence Day, Find your Freedom in the little joys of life!

Winds of Baltoro is The First Pakistan-Based Board Game

The Inspiring Tales of Careem Captains