Logitech, known for its PC peripherals, has debuted a new series of Powered wireless charging options for Smartphones and accessories. The series includes a Powered Stand, a Powered Pad, and a Powered 3-in-1 dock for charging. All of these charging devices are compatible with all Apple products, other than the iPads.

The Powered 3-in-1 Dock is considered as a replacement for the discontinued Apple AirPower wireless charger. It effectively does what the air power could not, albeit in a more segregated manner.

The Powered Dock retails for $129.99 and can wirelessly charge an iPhone, Apple Watch, and a pair of AirPods, all at once.

Design-wise the charging dock looks like a jewelry stand and includes two wireless charging zones. The stand-style pad is meant for the iPhone while the flat pad is for the AirPods. Along with the stand style pad, there is an extension for the Apple watch. 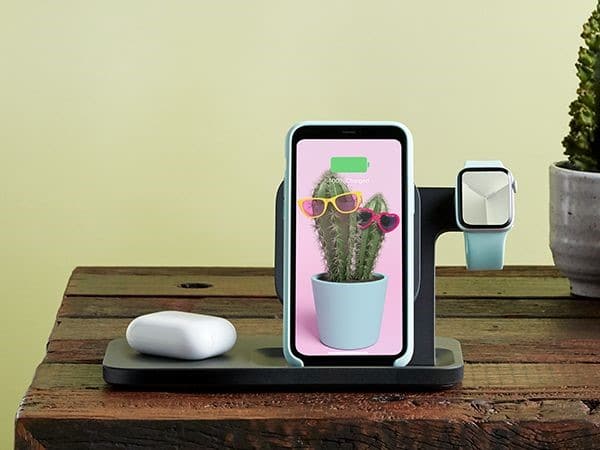 The Logitech 3-in-1 Dock comes with Qi charging standards, hence, it is compatible with any Qi supported device. This includes the Galaxy S20 and the Galaxy Buds Plus earbuds as well. However, the watch charging area can only be used to charge the Apple watch since it comes with a proprietary charging technique.

The Dock uses Logitech’s proprietary Logitech barrel connector rather than a USB Type-C connector as a power source, which can be inconvenient in case the plug malfunctions.

realme Narzo 30A comes as a budget-friendly gaming phone with MediaTek...

Redmi All Set to Launch a Smartwatch

Here’s Your First Look at The Xiaomi Mi 10 [Leak]

TikTok is Anticipating $17 Billion Revenue For 2019