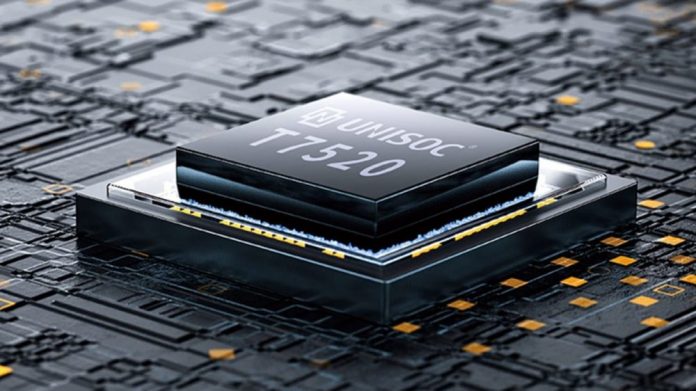 Unisoc may be a name that is rather unheard of in the tech community, but they have now revealed something that could easily compete with all the big players in the market.

The Chinese chip manufacturer has revealed the world’s first 6nm based 5G integrated SoC, making it the first 5G chip built on TSMC’s 6nm EUV process. Compared to previous iterations, the Unisoc T7520 is able to increase transistor density by 18% and improves power consumption by 8%.

The chipset packs four of ARM’s high-performance Cortex A76 cores, four power-efficient Cortex-A55 cores, and a mid-range Mali-G57 GPU. This GPU is capable of handling up t0 4K videos with HDR10+ and 120Hz refresh rate.

For imaging support, it comes with a four-core ISP that supports up to 100-megapixel sensors and multi-camera setups as well.

Additionally, since the SoC comes with integrated 5G, it consumes 35% less power than chipsets that don’t come with 5G integration like the Exynos 990, Snapdragon 865, etc.

Unisoc hasn’t revealed when they plan to ship the T7520, but we can expect to see it in mid-range devices sometime later this year.

The US Air Force is Planning a Human vs AI Showdown

Ayesha Farooq - June 11, 2020 0
The US Air Force has been experimenting with AI applications and whether it can fly entire missions all on its own. The Air Force...

Only 10% of IT Graduates Are Employable in Pakistan: Gallup