The Korean tech giant Samsung seems to be going all out with the upcoming Galaxy S22 lineup in terms of accessories.

As we draw closer to February 2022, which is the expected launch date of the much-anticipated S22 series, we’re seeing more and more impressive features of the series. These are getting revealed through either leaks or teasers which are naturally keeping the fans on their toes.

The new leak by BOX UK lists a range of various official accessories for the Galaxy S22 lineup, with over 60 different items including impressive color options for all the upcoming phones. 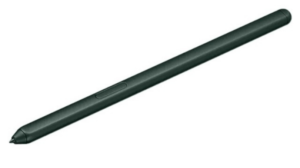 Most of these listings at Box.co.uk are not supported by any images yet, except for a few exceptions. The retailer has also received S-Pen replacements for the S22 Ultra in four different color variations – Green, Dark Red, White, and Black. These are expected to coincide with the color options of the phone and live up to the previous rumors.

Oppo Find X5 is Launching in Late February With Dimensity 9000

All You Need to Know About the Realme 9 Pro

China to Ban Apple, Qualcomm & Boeing in Response to US Bans

Here’s What Oppo Find X2 Will Look Like [Leak]