Xiaomi is all set to launch its photography-focused smartphone dubbed the CC9 Pro on 5th November. The Company has been constantly teasing the smartphone on Weibo and unveiling some of its features.

Yesterday, the Chinese Giant uploaded three teaser posters on Weibo. The first teaser confirms that the smartphone will come with a massive 5260 mAh battery backed by 30W fast charging. According to Xiaomi, the battery will go from 0 to 100 in less than 65 minutes. 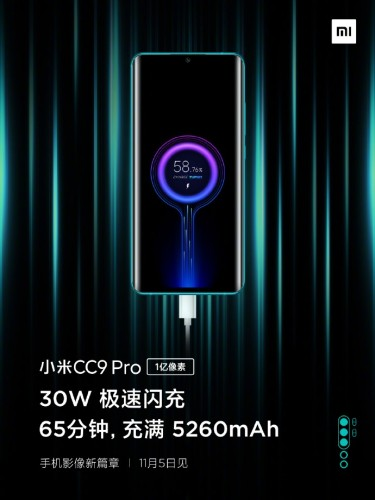 The rest of the two posters showcase the display features of the upcoming smartphones. One of them unveils that CC9 Pro will feature a curved-edge display with a waterdrop notch and the other says that the smartphone will come with four-curved design and a hyperbolic screen. 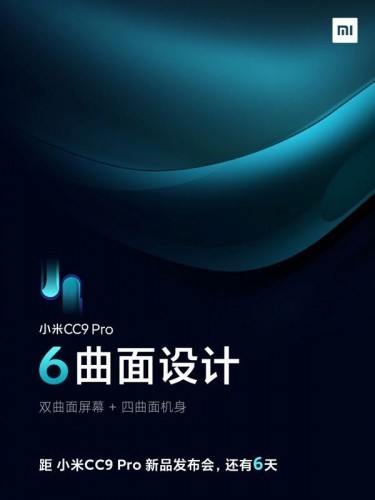 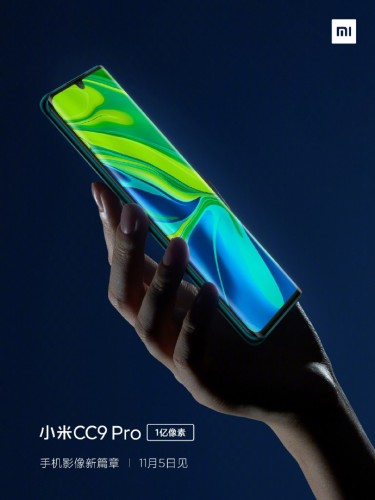 The 108 MP camera smartphone, based on previous leaks and rumors, is expected to come with a 6.5-inch FHD+ AMOLED display, an under-display fingerprint sensor, a 32-megapixel selfie camera, Snapdragon 730G octa-core processor topped with up to 8 GB of RAM and up to 256 GB of onboard storage and MIUI 11 based on Android 10.

Nearly $1 Billion Were Stolen From a Bitcoin Wallet

foodpanda Provides Meals and Financial Support to the Unsung Heroes Amidst the Outbreak Of...