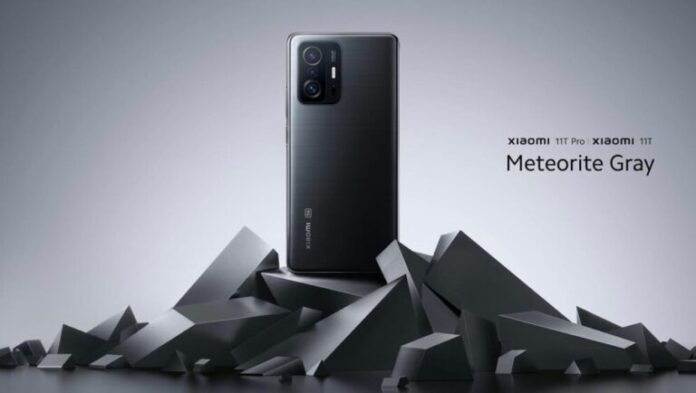 Xiaomi kicked off its global launch event yesterday where it announced “T” models for the Mi 11 series. The new Xiaomi 11T and 11T Pro are cheaper than Mi 11 and Mi 11 Pro with the main highlight being the extremely fast charging speed (120W) in addition to flagship specifications.

The fingerprint sensors have moved to the power button, they were previously under the display in the original models. The main camera design has been refreshed as well.

Internals and Storage
The big difference between the 11T and 11T Pro is the chipset. The 11T Pro features the Snapdragon 888 just like the original phones, but the 11T comes with the Dimensity 1200 Ultra instead, which is a custom 6nm chip. They feature 8/12GB LPDDR5 RAM options and 128/256GB UFS 3.1 storage.

Both phones will boot Android 11 with MIUI 12.5 with three years of Android OS updates and 4 years of security updates.

Cameras
The 50MP main camera from the Mi 11 has been updated to a 108MP sensor (2.1 µm pixels with 9-in-1 binning) on 11T and 11T Pro, but they are missing OIS. The 5x periscope camera has been removed and the ultrawide shooter has been downgraded to 8MP. The third sensor is a 5MP tele-macro camera.

Xiaomi did not talk about selfie cameras, but they will likely be the same 16MP sensors as the regular Mi 11.

Battery and Pricing
Battery capacity has been upgraded to 5,000 mAh for both phones with support for a whopping 120W fast charging. A full charge will take only 17 minutes and a 70% charge should take no more than 10 minutes. Xiaomi says that the batteries will retain 80% of their life even after two years of charging.

The Xiaomi 11T gets 67W fast charging instead.

Xiaomi 11T Pro will be available in Black, Blue, and White color options with a starting price of €650. The 11T will set you back €500 instead.

Xiaomi 12 to Launch With a Unique AG Camera Panel