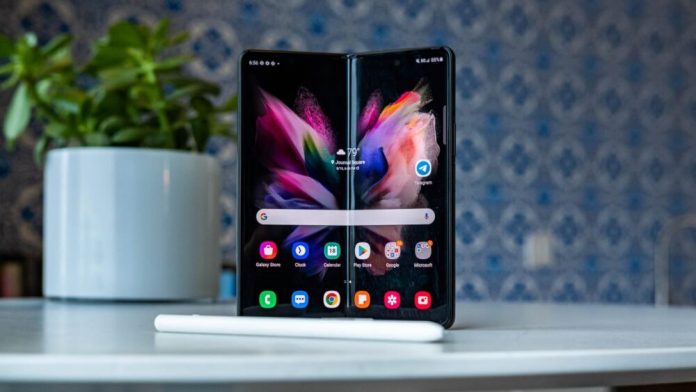 Foldable smartphones are getting sturdier with every generation and Samsung Galaxy Z Fold 3 is a prime example. The Galaxy Fold series may have started off weak with several durability issues, but the Z Fold 3 completely changes the game.

This was demonstrated in YouTuber JerryRigEverything’s latest durability test, where he took the Z Fold 3 in for a torture test. The phone’s main screen is still plastic, which is weaker than usual glass screens on smartphones, but it is necessary for flexibility. But this time it is protected by Gorilla Glass Victus for more protection.

The new main screen even works with an S Pen now, so it is safe to say that it’s stronger than before, though it can still be scratched by your fingernails.

The outer screen, however, is only glass, so it scratches at the usual level 6, with deeper grooves at level 7.

The new hinge does not let any dust or debris get inside, which is quite an upgrade over the previous generations. This not only increases the overall life of the phone but also means that you can take it anywhere. Samsung has even added splash and water resistance to the phone.

Further, the phone holds its shape like a brick when bent from any direction without flexing even a little bit.

Realme May Become an Independent Brand

Xiaomi is Working on Another Foldable Phone

Honor X20 Max May be The Largest Android Phone of 2021