Infinix took the stage at Mobile World Congress (MWC) 2021 to unveil its very first concept phone, the Infinix Concept Phone 2021. The Chinese brand is known for making budget phones, but it’s slowly making its way to the premium segment and its new concept phone is all about top-tier specifications. 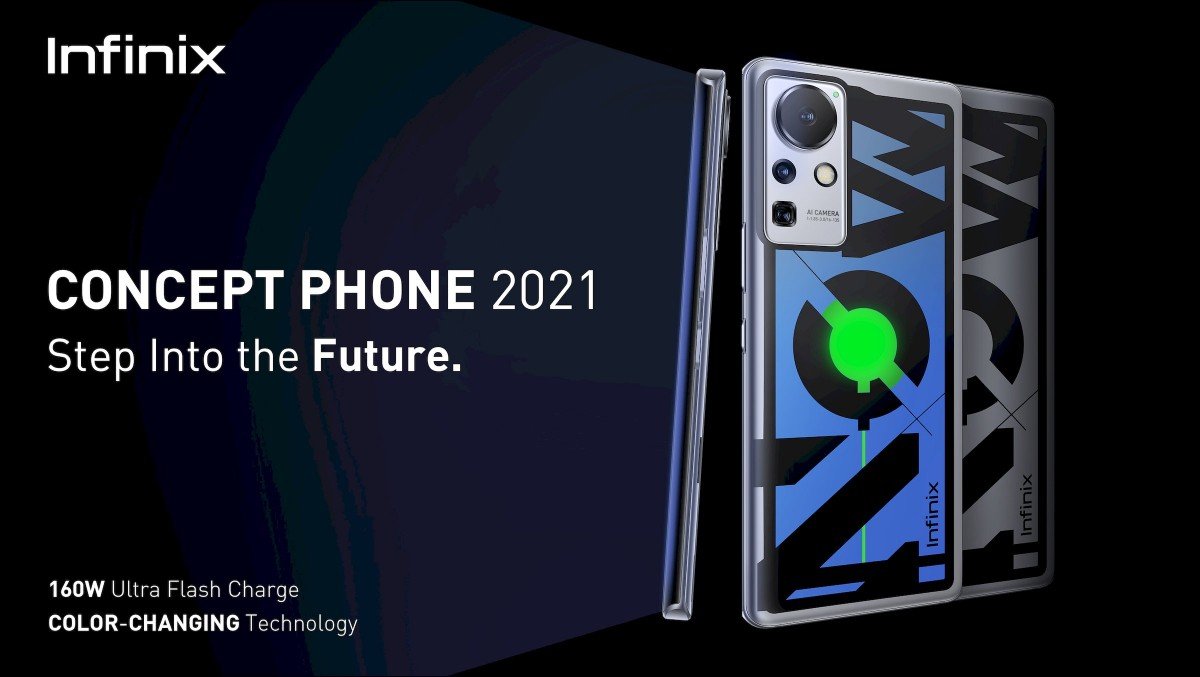 This is the same device that made rounds in rumors as the Inifinx Zero X. It showcases a number of standout features such as the 160W Ultra Flash Charge technology that can fill up the device from 0 to 100% in only 10 minutes.

This technology is built around an 8C battery which is said to have 18% lower internal resistance than a 6C battery. The Super Charge Pump that converts the incoming voltage into the battery voltage is 98.6% efficient, according to Infinix.

There are a total of 20 temperature sensors to keep thermals in check. This does not let the phone go above 40C, but in case the temperature does spike, there are several security features in place to prevent damage.

The phone comes with a 160W charger equipped with Gallium Nitrate (GaN) and Silicon Carbide (SiC) semiconductors to keep the brick from heating up.

Another standout feature is that it comes with a color-changing rear panel, similar to one of OnePlus’s concept phones. This rear panel can also light up with different colors to indicate charging and notifications.  The color-changing technology is based on electrochromic and electroluminescent technology.

The camera setup on the rear includes a powerful periscope lens with a 135mm diameter and can go up to 60x magnification with digital zoom. This is next to an 8MP ultrawide sensor and the configuration for the rest of the cameras is unknown.

As it is only a concept phone, we do not expect it to go public. However, showcasing all these powerful features means that Infinix is ready to introduce more premium phones in the future.

Apple Might Launch a Larger Version of its Cheapest iPhone Ever

Xiaomi 11 Lite 5G NE Could Launch Next Week as Civi...