According to a recent report by Counterpoint Research, Nokia’s parent company HMD Global shipped 2 million Nokia smartphones in the January-March period. The numbers are up year on year, however, they are down from the previous quarter. In Q1 2020, HMD shipped 1.7 million Nokia smartphones, but in the last quarter, the number of shipments had reached 2.8 million.

The company lost a lot of market in India. Their revenue is 38.5% down from Q4 last year and 17% down from Q1 last year. However, Nokia handsets are doing well in Africa and parts of Europe, which helped boost shipments compared to the October-December quarter. 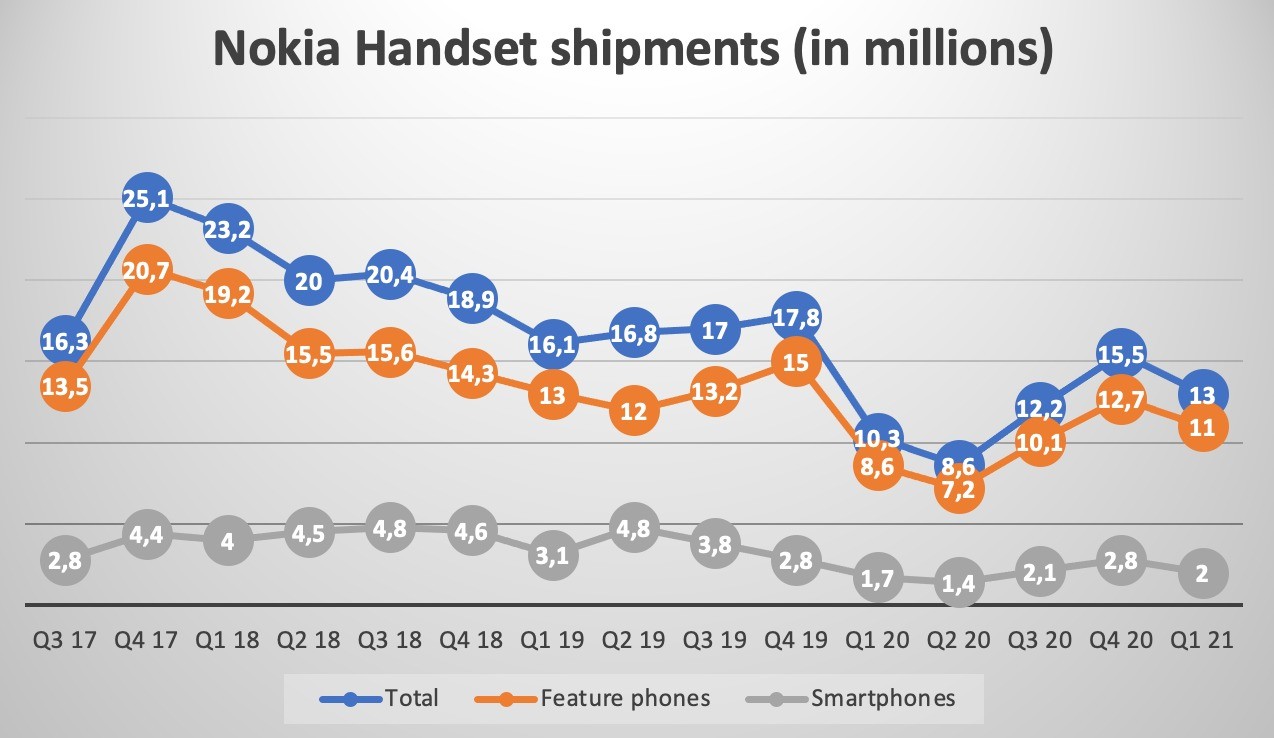 In addition to this, HMD shipped 11 million feature phones in Q1. If you look at the graph, it is clear that numbers here follow a similar pattern, i.e., up from the year-ago quarter, down from the previous quarter. That said, HMD Global remains the third largest feature phone maker in the world.

As far as its standing in the world is concerned, Nokia fell out of the Top 10 and is now 11th. Looking at just smartphones (including feature phones) the brand fell one place to 18th.

As of now, Samsung, Apple, Oppo, Vivo, and Xiaomi are the largest smartphone makers.

Leica Launches Its Own Phone With the Biggest Smartphone Camera Ever

Motorola Defy Launched With A Drop-Proof and Water-Resistant Body

Google Photos Gets a Much Needed Design Overhaul & New Features