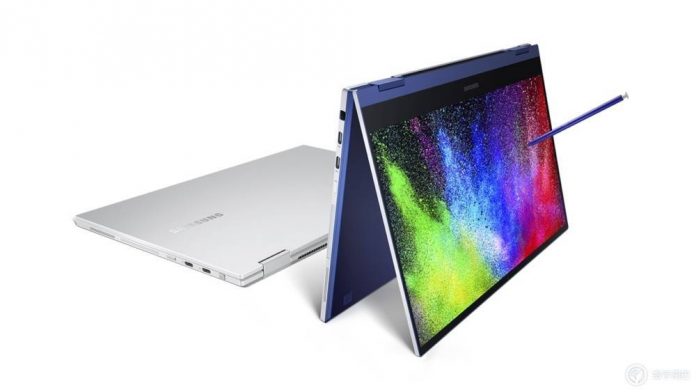 Samsung has announced its first two laptops for 2020. The Galaxy Book Flex and Ion bring stellar displays with QLED panels and beefy specifications.

As the name suggests, the biggest highlight of the Galaxy Book Flex is that its screen can bend all the way back, allowing for an extremely versatile display.

As mentioned before, the name “Flex” comes from the laptop’s 360-degree rotating display. It has a 13-inch QLED panel with full HD resolution as well as touch and S Pen support, so it can be used as a tablet once its bent all the way back. The whole package weighs only 1.15 kg.

For connectivity, Galaxy Book Flex has two Thunderbolt 3 connectors, one USB C connector, a micro SD card slot, and a combo audio jack. There is also a fingerprint reader for extra security.

The Galaxy Book Ion is identical to the Galaxy Book Flex in terms of specifications. They look similar too with the only major difference being the standard laptop hinge on the Ion. No 360-degree display on this one.

There is no word on pricing or availability yet, but it is clear that the Galaxy Book Flex is going to be pricier due to its 360-degree hinge. Sales are scheduled to start between December 2019-January 2020.

How publishers would survive newsfeed change of the Facebook ?

ABOUT US
Tech Chacho is your latest tech trends partner. We provide you with the latest breaking news and videos straight from the tech industry.
Contact us: [email protected]
FOLLOW US
© Copyright 2018 - TechChacho All rights Reserved.
MORE STORIES
E-Commerce

These Are the Best TV Manufacturers in Terms of Global Sales