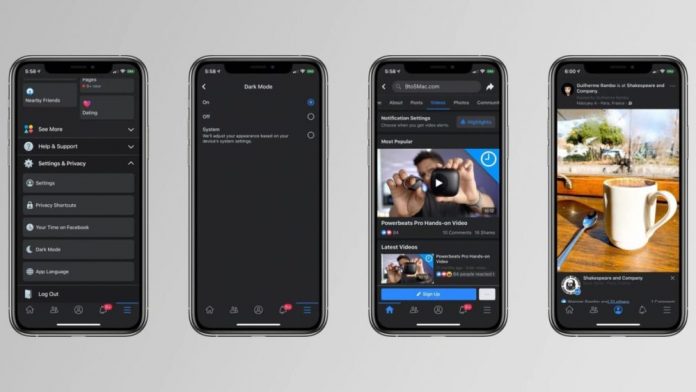 After Instagram and WhatsApp, Facebook for Android is next in line to get dark mode soon. We have been seeing teasers about it since August 2019 but some new screenshots reveal further progress and upcoming features for the app.

The screenshots obtained by 9to5Google show that its implementation of the dark mode is similar to other apps with a dark gray theme instead of pure black. Facebook’s traditional blue themed accents are there as well. The new-look seems to be mostly finished but there is no official word on a release date yet. 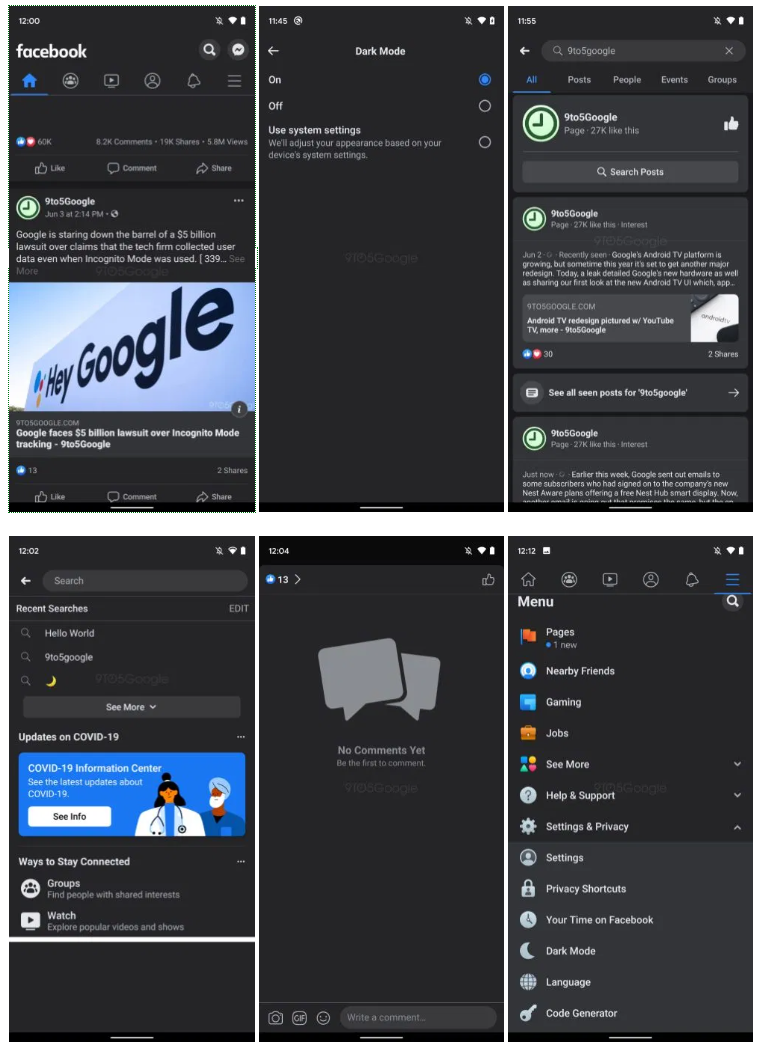 Additionally, Facebook is adding a tracker to its Android app that will show local coronavirus cases. It will show data spanning multiple weeks and people will also be able to see country-wide and global cases. The screenshot below shows an example of Seattle, Washington’s cases over 3 weeks.

Lastly, Facebook’s own digital well-being feature known as “Time on Facebook” is getting a design refresh. The actual feature is the same, but it is getting a new UI that utilizes a grid layout to show different sections. Just as before, it will provide people with tools to track their time spent on the app although the name “Quiet Mode” appears to be new.

As mentioned before, there is no official word on when these features will roll out but the COVID-19 tracker suggests we should be getting the update soon.

Facebook Apologizes After Getting Caught Sharing Unnecessary Data Yet Again

TCL Shows Off Concepts for a Rollable & Tri-Folding Smartphone

Google Invests Another $4 Billion in Reliance Jio After Facebook

Facebook is Giving $1000 to Employees to Support Them Amidst the...