Netflix is coming up with new ways to get you to stay in the app. The Netflix mobile app already included a few games (for some reason) in some regions around the globe, but these games will now be available to everyone worldwide.

This launch is part of a project which Netflix announced back in June this year. The trial run began in a few markets in August, but now these games are available to the public worldwide. People using the Android app for Netflix will now have access to 5 games including Stranger Things: 1984, Stranger Things 3: The Game, Shooting Hoops, Card Blast, and Teeter Up. 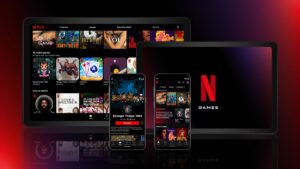 These games contain no ads, no microtransactions, and no additional fee, but you need to have a Netflix subscription to play them. The smartphone app will get a dedicated tab for games in a single row, while tablet users will get a row of games in the ‘categories’ drop-down menu.

The game languages will be set according to the Netflix app language, but in case a certain language is not available in the game, then it will default to English. The games will not be available to kids’ profiles and some will require an internet connection while others will run offline.

Reddit to Shutdown Dubsmash App a Year After Buying it

Winamp is Back to Take on Spotify

Careem Slashes its Bike Commission to 15%

Quantam Computers Will Soon Be Able to Break Bitcoin Wallets