Until a few years ago, Lenovo used to sell Lemon-branded budget phones for youngsters in China. However, over the past years, the company shifted its focus on more premium Lenovo branded smartphones.

The last Lemon-branded Smartphone was released in 2014, the year Lenovo acquired Motorola. Unexpectedly, the company was not able to handle the acquisition very well. In the past two years, Motorola was only able to launch two Smartphones in China. 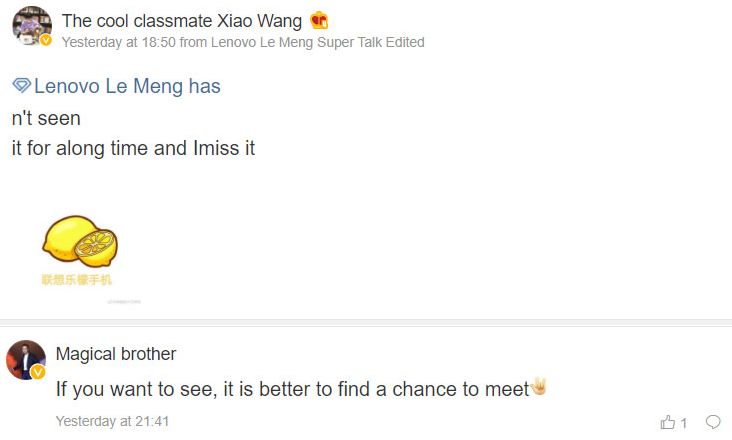 However, according to Lenovo’s General Manager for Mobile Business Department, Chen Jin, the company’s phone product line for China, has been sorted out clearly. Motorola will cater to the mid-to-high-end audience, Lenovo’s Legion line will focus on selling performance-driven phones. In contrast, Lemon phones will be aimed at the entry-level market.

This was recently disclosed by Jin while interacting with netizens on Weibo. He also mentioned this in a recent interview.

It is highly likely that the Lemon smartphone will be a rebranded entry-level Motorola smartphone. Moreover, since the brand is focused on the Chinese region, the Lemon-branded smartphones Jin is talking about will not make it to the global market.

Details regarding the upcoming smartphones and their launch dates have not been revealed yet.