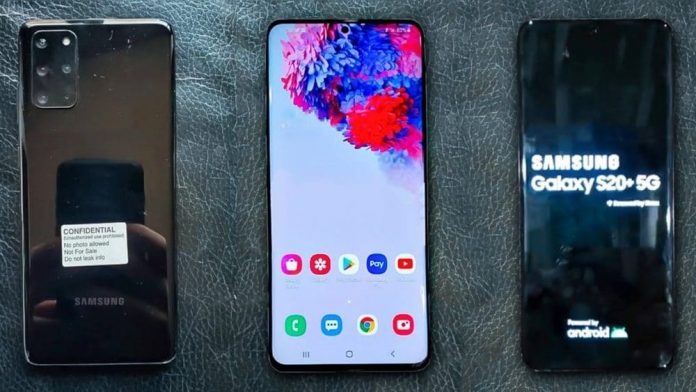 Samsung Galaxy S20 rumors are flowing relentlessly since the flagship is due to launch in less than a month now. XDA’s Max Weinbach recently shared the leaked photos of the S20+ 5G and is now claiming that the Samsung Galaxy S20 ultra model will have extremely high-end specifications including as much as 16 GB RAM. If true, the smartphone will have more RAM than most computers released in 2019.

Undoubtedly, these specifications will be overkill. However, it looks like Samsung is trying to test the limits and of course, the S20 Ultra will come with a hefty price tag.

Max Weinbach unveiled the details of the smartphone in a recent tweet.

The S20 Ultra 5G is going to keep the SD Card slot. Support for up to 1TB.

719 people are talking about this

According to him, the smartphone will come with 12 GB and 16 GB RAM options accompanied by 128 GB, 256 GB, and 512 GB expandable onboard storage options. Unlike the other smartphones in the series, it will feature support for up to 1TB microSD card.

Apart from this, the beast-like S20 ultra will boast a 108 MP main camera sensor accompanied by a 48MP sensor featuring 10x optical zoom, and a 12MP ultra-wide lens. Since the phone is expected to feature a quad-sensor camera, we believe it will be packed with a time-of-flight lens as the fourth sensor.

All these features will be topped with a 5,000mAh battery, which, if true will be Samsung’s biggest to date. It will be backed by 45W fast charging that will charge the battery to 100 percent in 74 minutes.

This Lickable Display Can Recreate Any Flavor in Your Mouth

Redmi Note 10 Could be The Most Affordable 5G Phone With an OLED Display...

Nokia Launches its Most Affordable Smartphone Yet