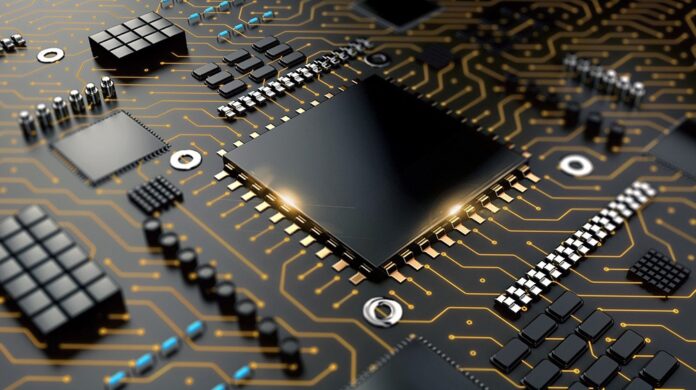 The shortage of semiconductor microchips has had a profound impact on many industries around the world but the global automotive industry seems to have been affected the worst.

The initial wave of the coronavirus resulted in indefinite lockdowns around the world, which led to the paralysis of the global economy. The production of raw materials for the semiconductor microchip was halted, which, after a significant increase in the demand for vehicles after the resumption of the economic activity, was followed by an acute shortage of these microchips.

Consequently, several automakers such as General Motors, Volkswagen Audi Group, Toyota, Hyundai Group, etc. scaled back the production of their vehicles to cope with the rising production costs and the limited supply of microchips.

The proper functioning of modern vehicles depends on microchips. From the infotainment unit to the Electronic Control Unit, most elements rely on these chips to be operative.

Much to the displeasure of the automakers and their customers, the car industry is not expected to recover until the first or second quarter of the 2023 calendar year. Like the rest of the world, the Pakistani car industry is also reeling from the effects and the situation is expected to worsen.

Amid the ongoing crises, we deduced that the following trends and events will occur in the local car market.

Delivery delays are already quite a serious issue in Pakistan, especially for new entrants such as MG, Proton, Changan, and DFSK. As per recent reports, customers have to wait for six months to a year for their vehicles to be delivered, particularly with these brands.

However, the delivery time for Toyota IMC and Honda Atlas is between 1.5 and four months.

Automotive analysts extrapolate that the delayed deliveries will continue as it is becoming increasingly difficult for automakers to catch up with the rising demand for vehicles for want of the microchips.

The microchip shortage-induced delayed deliveries have predominantly encouraged Pakistan’s ‘own money’ culture which involves customers resorting to paying dealerships illegal premiums called ‘own money’ to get their vehicles in a relatively short time.

Despite the government’s claims that it has been working to end the practice, it is actively worsening across Pakistan. Car dealerships have reportedly bumped the amount of own money on the purchase of new locally assembled vehicles up to Rs. 400,000. Own money on vehicles with engine capacities between 650cc and 1000cc has evidently been increased from Rs. 100,000 to Rs. 250,000 as well.

Dealers are even demanding own money of up to Rs. 1 million for crossover SUVs such as the Kia Sportage, the Hyundai Tucson, the MG HS, the ZS, and the DFSK Glory 580 according to media reports.

A local market source explained that the rate of own money is often determined by the demand and availability of a vehicle in the market. The source also predicted that the rates are going to escalate because the delivery delays and short supply of vehicles are becoming a pertinent issue in the Pakistani car market.

Although automakers are supposedly maintaining the prices of their vehicles, the pressure of growing production costs is mounting on them at a perilous rate, which implies that a wave of prices hikes in the Pakistani car market is imminent.

The price hikes have already begun in the international market with Daimler, Ford, GM, Tesla, BMW, the Volkswagen Audi Group (VAG), and Fiat Chrysler Automobiles upping the prices of their cars in the previous months.

According to the Kelley Blue Book, the average price of a vehicle in the international market is $42,736, which is eight percent higher than it was last year. These prices are increasing at an exponential rate on account of the ongoing microchip shortage.

Given that the local car market is beginning to feel the effects of the chip shortage, more price hikes in Pakistan are nigh.

Spiked Up Prices of Used Cars

Another peculiar development is that the prices in the international used car market seem to be on an upward trend amid the ongoing microchip crisis.

Like Pakistan (or perhaps even worse), the production and supply of brand new cars in the international market has been undercutting their demand greatly and this has resulted in exhaustive delays in the deliveries of cars in several large markets. The buyers in these markets are decidedly unbothered by the delivery delays and the soaring car prices and have been flocking the used car market.

The rise in the demand for used cars has resulted in a pronounced elevation of their prices. For example, the average price of used cars in the United States has gone from $22,000 last year to $25,000 this year, which is the largest jump in the last five years.

With extensive delivery delays, surging own money rate, and the impending hikes in the prices of new vehicles, it is possible that Pakistanis will resort to used cars soon, which is sure to result in the rocketing of their prices like in the international market.

Several carmakers are keen on starting operations in Pakistan while the existing carmakers are hinting at the launch of new cars. However, the persistent microchip shortage is likely to delay these launches.

As mentioned before, most modern vehicles rely heavily on these chips for their features to work, but their worldwide scarcity has stalled the production of vehicles substantially.

The IHS Markit has projected that vehicle production is expected to decline by 6.4 percent, meaning that the global production may be slashed by five million vehicles next year. Its report highlighted that this percentage is likely to increase in the 2022 calendar year, indicating that the global launch plans of several automakers might be quashed. Unfortunately, the Pakistani car market is in the same boat as the rest of the world until things change for the better.

Ayesha Farooq - February 29, 2020 0
The latest addition to Huawei Y Series, Huawei Y7p, is an affordable mid-ranger with a focus on photography and performance. The device is packed...

KP Launches an Application to Help Students Prepare for Exams

Moto 360 Smartwatch is Back With Better Hardware

ARM Announces New CPUs and GPUs Based on Armv9