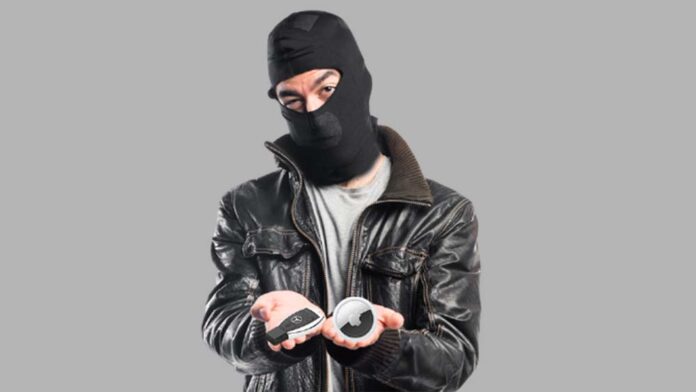 Apple’s AirTag was designed to help locate lost stuff including bags and keys or other important belongings. Unfortunately, there is also a risk that some people could use one of these tiny discs to track you.

Authorities have started to take this threat seriously due to multiple incidents reported recently. A police department in New York warned its community of the tracking potential of these devices after they found an AirTag on a car’s bumper.

Similarly, a local police department in Canada reported five incidents of car robbers putting AirTags on expensive vehicles in an attempt to locate and steal them afterward.

It’s not just adults finding AirTags on their vehicles. A school-going 13-year-old girl in Hillsborough, Florida reported to the police that she found one inside of her backpack.

How Does It Work?

AirTags use a combination of wireless signals, sensors, and Apple’s extensive Find My network that helps to locate it. It can be attached to any key or gadget and since they are waterproof it can be hooked on your pet’s collar.

Apple has certain built-in protections to discourage unwanted tracking. Still, it is easy for anybody to slip an AirTag into your bag or any belongings to track you down without your consent.

Location tracking is a serious threat and a known abuse tactic. Apple products are getting a lot of attention worldwide for the perfection they put in their products. This also makes AirTags far more accurate than other tracking devices.

The signals emitted by AirTag can be detected on iPhones. Apple has equipped features to it for preventing threats, including notifications that tell you that an AirTag is nearby. While other tracking competitors like Tile are not that advanced and don’t notify people to prevent unwanted tracking.

Here are a few measures you can take to protect yourself from being tracked:

The first and most basic step you can take is to search yourself thoroughly, including your belongings, car, and stuff you carry most of the time, where an AirTag could have been slipped in. This might not be so easy, since AirTags are so tiny and can be hidden anywhere easily.

If you suspect someone who can use an AirTag or such device to track you, consider what information they seem to know. Narrow down the items you have with you while you are around them and search for all of them.

Bluetooth tracking applications can scan your surroundings if a tracker is nearby. These applications might not identify AirTags specifically but they may assist you in checking whether there is a tracking device around you.

If you are using an iPhone and you find an unknown AirTag, try using the Find My application and look for the serial number of the AirTag appearing below its name.

In the case of an Android smartphone, you can download the application built by Apple called ‘Tracker Detect’ available on the Google Play Store, it can detect if there is an AirTag near you.

The serial number of AirTag can be found beneath its battery. Also, it would stop transmitting location signals to the owner when the battery is removed.

However, experts recommend reporting the tracker to the police or a domestic violence service before turning it off if you suspect a current or former partner and anyone close to you.

Apple to Launch an Affordable 10-Inch iPad in 2022

Apple is Launching Another iPhone in March 2022

Quartulain - December 5, 2021 0
Tesla has a way of keeping the audiences on their toes when it comes to marketing exploits. Capitalizing on the Holiday season within the...

Mobile Data Traffic Per User in Pakistan Grew by Over 400%...

TECNO to launch its first-ever Gimbal phone in Pakistan

Apple iPhone 14 is Getting The Biggest Camera Upgrade in Years